Logging while conserving the forest 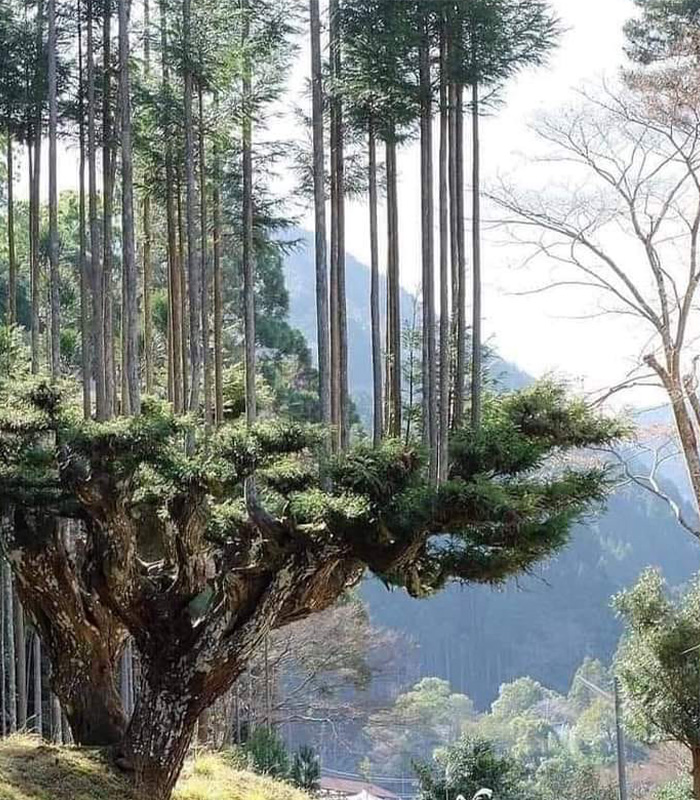 If this trend continues, not only will those who rely on forests for their livelihood will lose their jobs, but the biodiversity that forests help to preserve will also be lost. Several methods to conserve our woods have been presented, one of which being Daisugi, a Japanese methodology that strives to give an effective and sustainable approach to forestry.

At a period when demand for Kitayama cedar, a form of straight and knot-free lumber, was strong, Japan had a lack of seedlings as well as area to nurture trees in the 15th century. Planting and keeping trees on steep slopes became particularly challenging due to the lack of flat terrain in the area.

This dilemma prompted the invention of Daisugi, an indigenous horticulture approach that allows arborists (those who specialize in the care of individual trees) to reduce the number of plants, allowing for a faster harvest cycle and denser wood.

The Daisugi technique, which translates to “platform cedar,” is a technique for growing more trees from existing trees. The result appears like an open palm with numerous perfectly vertical trees coming out of it, resulting in a long-term timber harvest from a single tree.

Ideally, the branches of Kitayama cedar should be pruned so that the surviving shoots grow straight upwards from a platform, resulting in round and straight timber known as taruki, which is primarily used in Japanese teahouse roofs.

“Every two years, the shoots are clipped by hand, leaving only the top boughs, allowing them to grow straight.” It takes around 20 years to harvest, and ‘ancient tress stock’ can produce up to one hundred shoots at a time.”

The product is a thin cedar that is both flexible and dense, making it an excellent choice for classic wood roofs and beams. Every 20 years, Daisugi cedar can be collected, and with the root tree living hundreds of years, there is a lot of wood to be harvested from a single tree. This makes it a speedier strategy than others for saving the global forestry business and the planet—we need trees to absorb our emissions, supply oxygen, and support wildlife biodiversity. Timber is not even close to being the most valuable of their products.

Rather than harvesting the entire tree for lumber, loggers can use the higher portions of the tree while keeping the foundation and structure intact with Daisugi. The lumber generated as a result of this process is said to be 140 percent more flexible than normal cedar and 200 percent more dense/strong, making it an excellent choice for rafters and roof timber. Even six hundred years later, Daisugi’s straight, slim, and typhoon-resistant product is preferred.

Foresters ascend the enormous trunks every three to four years to preserve the trees knot-free, trimming any new branches carefully. Only after almost 30 years is a single tree cut down. This wood, which is slightly thicker than daisugi cedar, has different uses.

This approach allows foresters to harvest wood much more quickly, and the shoots can be planted to assist swiftly fill a forest, or harvested to help avoid deforestation if done correctly.

This wood was previously used extensively in Japanese architecture. Everything from chopsticks to furniture is made from the wood nowadays.

Given that the world’s forests represent a natural asset of almost incomparable value, it is important and the need of the hour to preserve the forests’ ability to capture and store carbon, thus reducing the overall effects of global warming. Japan’s Daisugi technique is an ingenious way to grow more wood using less land.

The wood will never run out and the tree will not be damaged if the long trunks are harvested every twenty years. In effect, if you plant one tree every year for the next twenty years, you’ll be able to gather wood every year after that.

The eco-credentials of the approaches are flawless, and this method is completely sustainable.