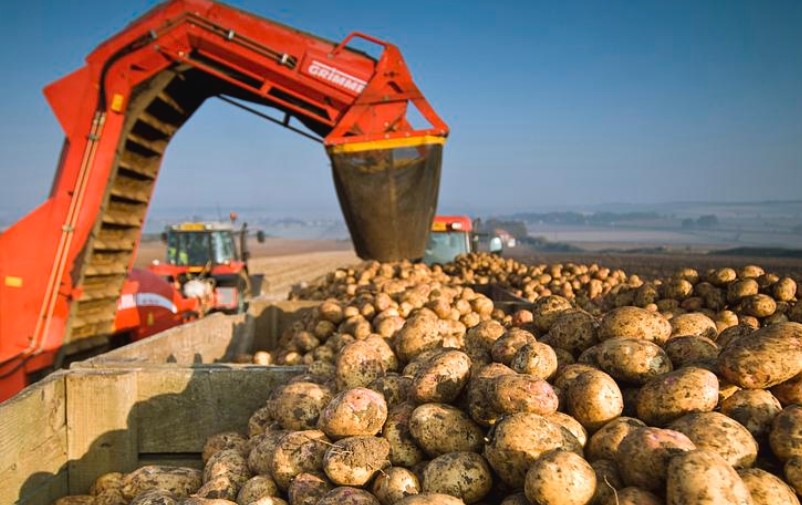 Researchers at the University of Maine are working to develop potatoes that can tolerate rising temperatures as the climate changes. According to Gregory Porter, a professor of crop ecology and management, warmer temperatures and a longer growing season can contribute to quality issues and disease.

“Heavier rainfall events are predicted as a result of climate change, and potatoes can’t endure flooding or damp conditions for long without suffering other quality issues,” Porter added. “We need to be able to produce varieties that are resistant to change if we want to continue to grow potatoes successfully in Maine.”

Maine has just finished harvesting a good harvest of potatoes, owing in part to the Caribou russet, which was developed by University of Maine researchers. But, according to Porter, even that kind isn’t heat tolerant enough to withstand climate change’s future effects.

Another issue is pests. According to Jim Dill, pest management specialist at the University of Maine Cooperative Extension, the Colorado potato beetle and disease-spreading aphids have benefited from the shifting environment.

He claims that breeding seemingly minor modifications such as hairier leaves that make it more difficult for insects to move around on the plant can reduce pest devastation and the need for insecticides. Cross-pollinating different potato varieties to breed such qualities into potatoes is a lengthy procedure.

The operation has already begun. They’re currently undergoing study testing at several locations across the US. High temperature stress is being tested on potatoes in Virginia, North Carolina, and Florida.

“After that initial cross pollination, it takes ten years of selection, and it could take two to five years before a new potato variety has received adequate commercial appraisal to be released,” Porter said.

—- According to the NASA study, under a high greenhouse gas emissions scenario, wheat production could increase but corn yields could decrease.